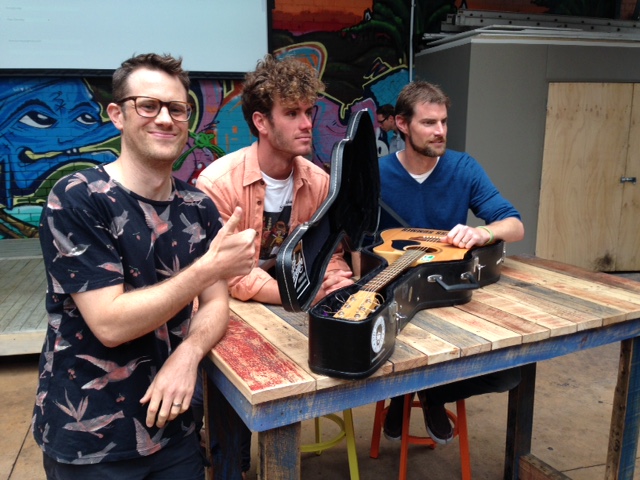 After many beers and coffees over the past 18 months or so, The Nick Balcombe Foundation officially launched at 3pm today. The drizzly conditions in Hobart were not enough to dampen the spirits of all those that attended. It was a satisfying and emotional ocassion, with many laughs and some tears. The event was held in The Yard at The Brunswick Hotel, where Nick frequently played his beautiful music. At the launch, we also officially opened applications for the 2015 Grant. To apply for The Grant, click on the following link: [button size='' style='' text='Apply Now' icon='' icon_color='' link='https://nickbalcombefoundation.com.au/the-grant/2015-grant/' target='_blank' color='' hover_color='' border_color='' hover_border_color='' background_color='' hover_background_color='' font_style='' font_weight='' text_align='' margin='']   We would like to thank all of those who came along today and for being apart of this significant moment. We hope you enjoyed the sneak peak of our next exciting project. Keep living the dream....